5. Women in the Bible

Women in the Bible

Ponderings No 5 January 2021 (republished from my Christmas article for the alumni of Ridley Hall, Cambridge).

‘Choose a subject, and I will commission Silvia Dimitrova to paint it for your 50th birthday’. My wife, Ali, offered me this wonderful gift in 2003, when I was Vicar of Islington.

‘The moment Mary Magdalene hears Jesus call her by name, on Easter morning’, I replied. I knew there had been many paintings set a few seconds later, concerning (Noli me tangere - don’t touch me), but had never seen one of the instant her face, and her faith, came alive. 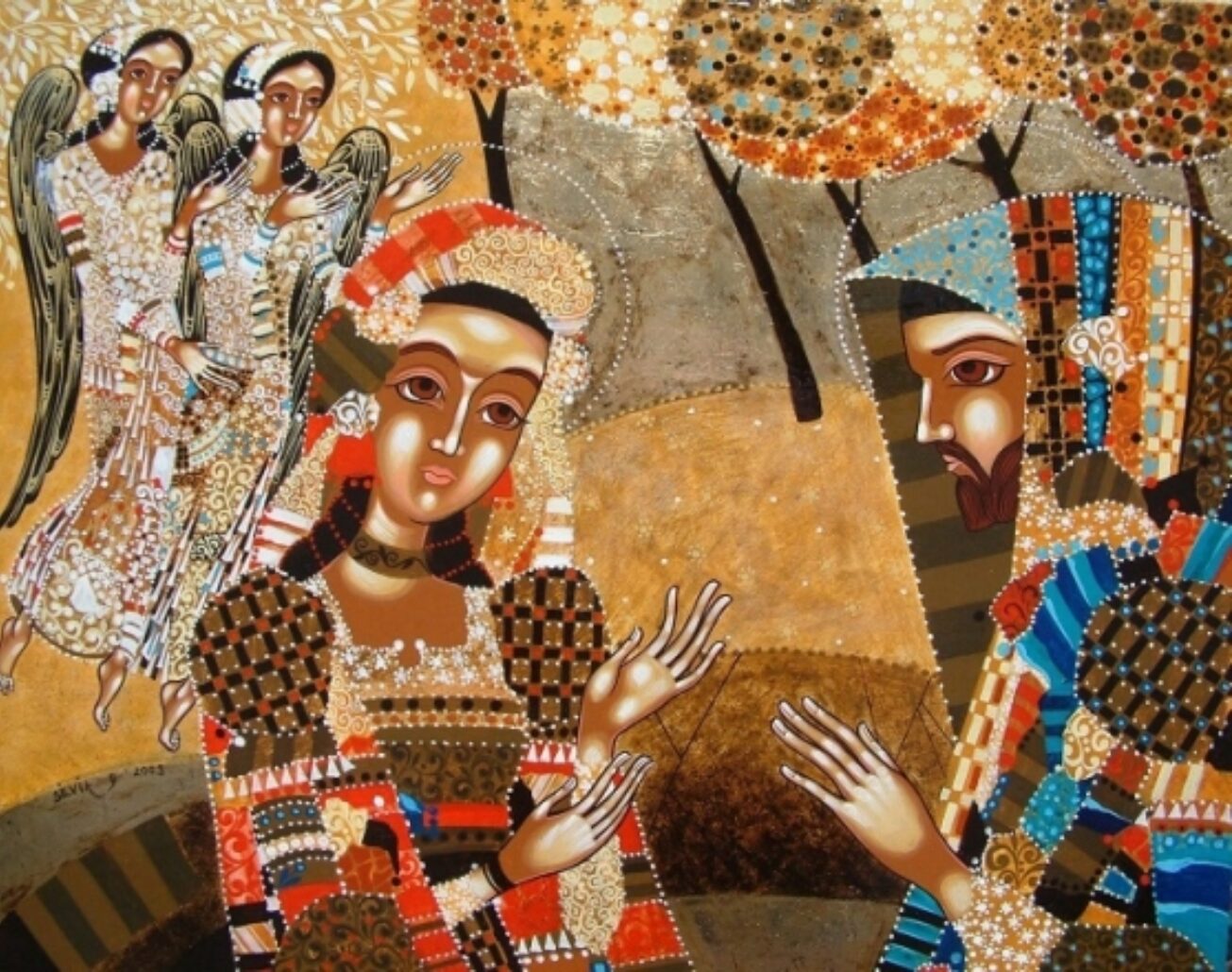 Silvia is a Bulgarian Orthodox icon writer, based in Bath, whose exhibition we had arranged in the crypt of St Mary’s Church, earlier that year. I later wrote a poem expounding John 20:11-18 and her iconic painting.

When I became Bishop of Sherborne, in 2009, the churchwardens said the church would like to give us a farewell present and we suggested a contribution towards another painting. We chose Lydia, a trader in purple goods, and, during my consecration retreat, I wrote a poem on Acts 16:6-15 and Silvia’s painting.

It was in discussing this second commission with Silvia that our project of seven ‘Women in the Bible’ emerged. I had seen Zurbarán’s paintings of the 12 Sons of Jacob in Auckland Castle and had wondered about a series of biblical women. 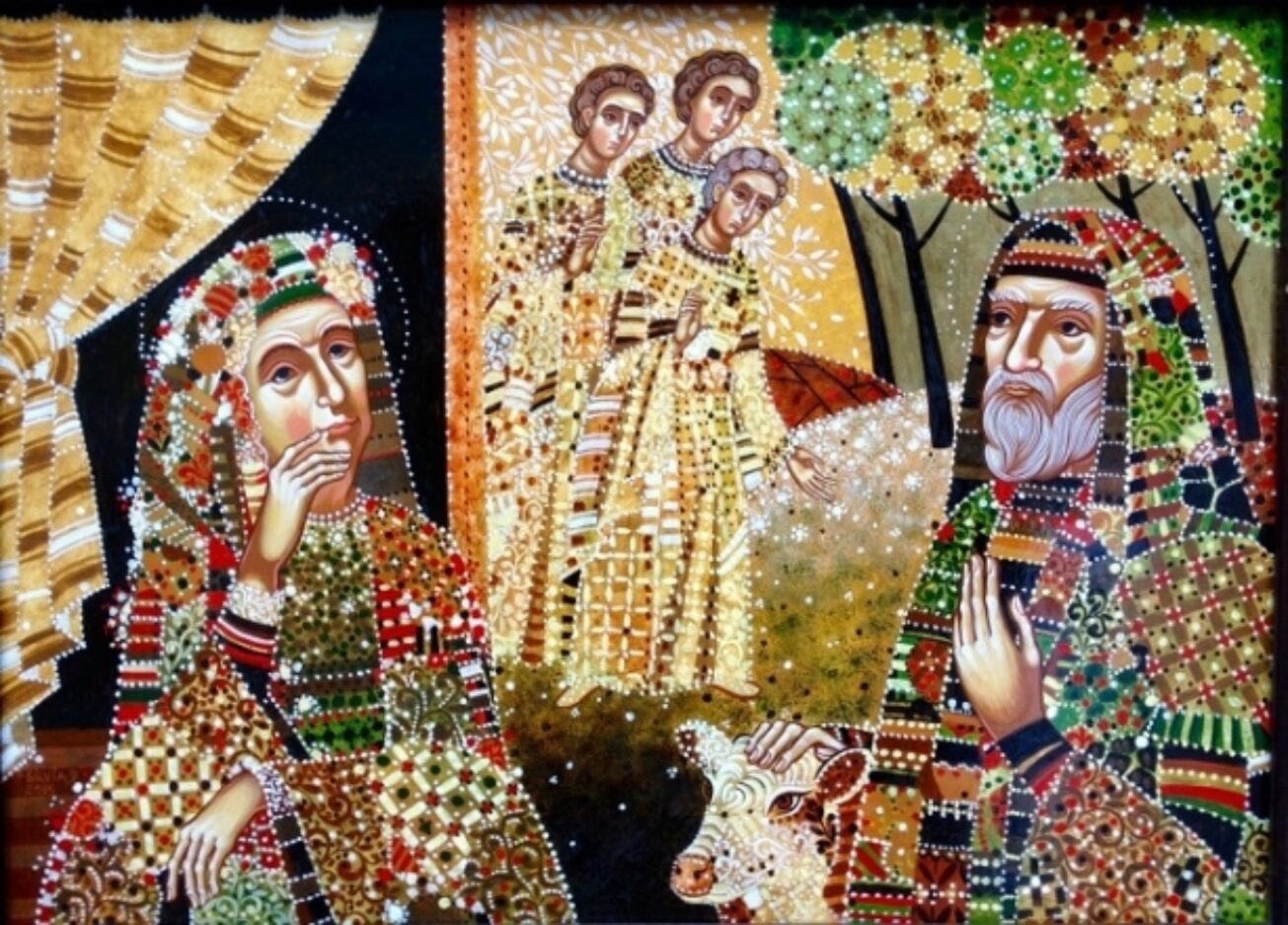 ‘Miriam’ was painted in 2017, with the face of our middle daughter, Miriam. This video clip shows Silvia, with her husband and daughter, unveiling it in our house in Bermondsey. The poem was written during a quiet day at the Royal Foundation of St Katharine, East London.

‘Ruth’ was finished in 2019, resonating with the face of our eldest daughter, Rosalind. The unveiling video was filmed in Silvia’s studio in Bath and the poem was written during another quiet day. 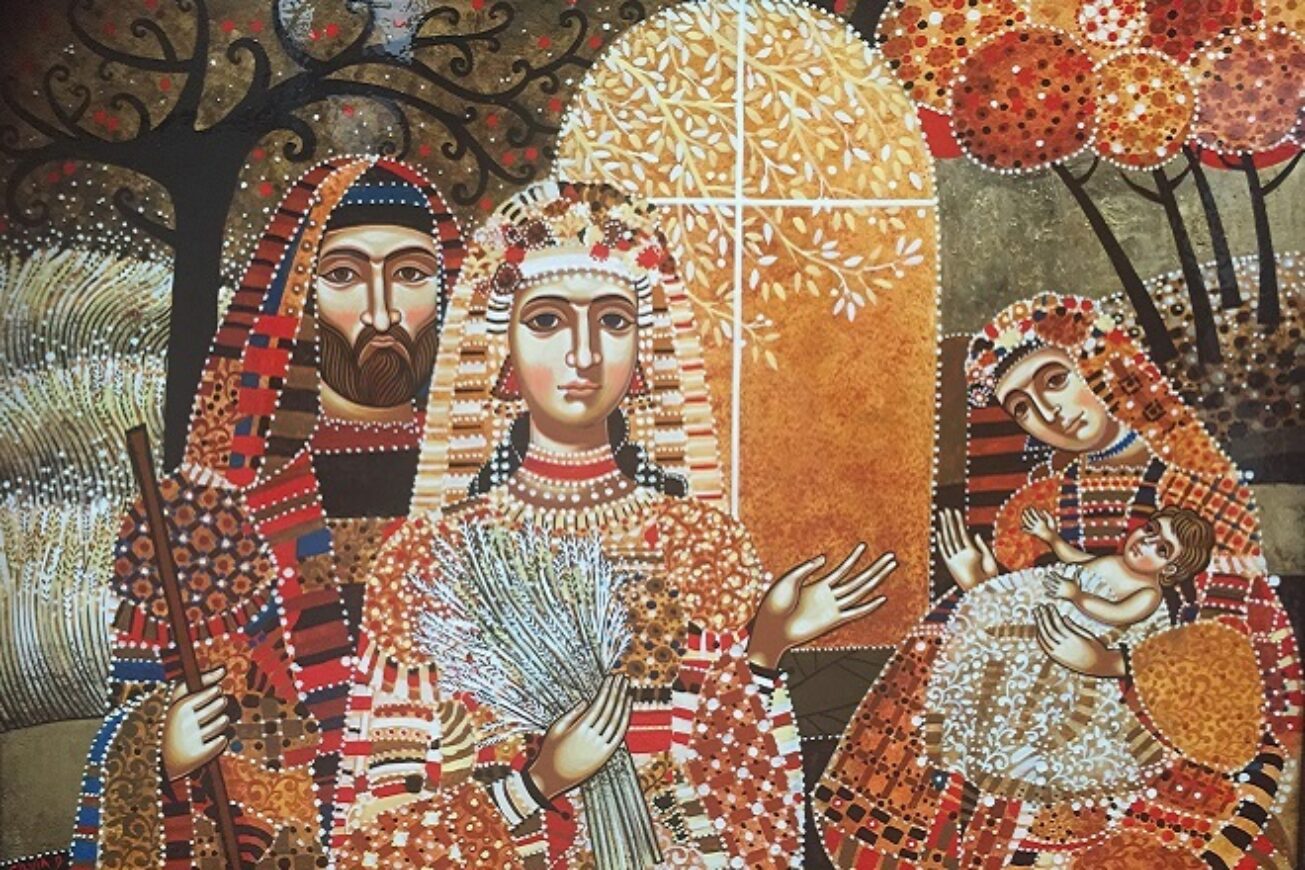 ‘Esther’ completed the series of seven in 2020, with the face of our youngest daughter, Katie, whose middle name is Esther. The video shows Silvia’s new studio at Downside School, where her husband teaches, and the poem was written, again, at St Katharine’s.

In February 2019, over lunch at St Chad’s College, Durham, Margaret Masson, the Principal, introduced me to Tristan Latchford, the Director of Music, and a young composer. Tristan agreed to write seven anthems on the seven poems and paintings and, astonishingly, completed them all by the end of 2020. He is now studying for a PhD at the Peabody Institute of Johns Hopkins University.

On 20 March 2021, there will be a world premiere of Tristan’s seven anthems at the Royal Foundation of St Katharine, together with an exhibition of Silvia’s seven paintings. My book of poems over 35 years, Nourishing Connections (Canterbury Press, 2020), will also be available. It has six sections: Seasons, People, Places, Bible, Art and Prayer.

This 17-year-old project of Women in the Bible interweaves three forms of art – painting, poetry and music – all expounding the nourishing words of the Holy Scriptures.

Dr Graham Kings, in retirement in Cambridge, is Hon Assistant Bishop in the Diocese of Ely and Research Associate at the Cambridge Centre for Christianity Worldwide, which he founded in 1996. He trained for ordination at Ridley Hall (1978-80) and was the Henry Martyn Lecturer in Mission Studies in the Cambridge Theological Federation (1992-2000).